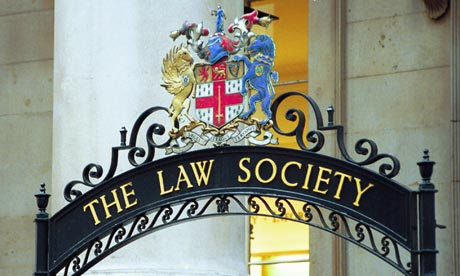 The Law Society Gazette is the in-house magazine for the Society of England and Wales, which is the professional body for all Solicitors in the English and Welsh jurisdiction. Like all such organisations there is a creeping move towards political correctness and “positive action ”towards “diversity”; “multi-culturalism and globalisation”. An example of this appeared recently in the 8th January issue of the Gazette. It was entitled“ Racial Disparity in exams by Max Walters”. Here is his article :-

White students are more likely to pass their legal exams and law conversion courses than people from an ethnic minority background, data from the Solicitors Regulation Authority has revealed.

According to an SRA report, almost 80% of white students successfully completed their LPC, compared with only 40% of black students and 53% of Asian/Asian British students.

The figures, which cover September 2015 to August 2016, were published on the SRA website at the end of last year.

They appear in the annual ‘Authorisation and Monitoring Report’ which focuses on the success rates for two qualifications – the legal practice course (LPC)and the common professional examination (CPE) – a conversion course for non-law graduates.

It will come as another blow for the profession’s reputation for diversity after barristers’ regulator the Bar Standards Board revealed at the end of last year that black and minority ethnic (BME) students were half as likely as their white counterparts to achieve pupillage.

The figures for CPE candidates were similar to those taking the LPC. Among white students, 74% successfully completed the course, compared with 33% of black students and 46% of Asian students.

The report also reveals a stark gap between success at training institutions.

For the LPC, one provider achieved a pass rate of 100%, compared with 30% at another. CPE completion rates were similar and varied from less than 45% to 100%. ?The providers have not been named.

The report also reveals that the University of Hertfordshire has opted to reinstate the LPC this year. The university suspended the course in 2016 in light of forthcoming changes to qualification. The Gazette has contacted the university for comment.

Here is the link to the original article>>> https://www.lawgazette.co.uk/law/minority-ethnic-students-lagging-behind-in-lpc-success/5064169.article

Here is my letter to the Editor in reply:-

Your article in the 8th January issue of the Law Society Gazette:-“Racial disparity in exam results” by Max Walters

The statistics which Mr Walters quotes of “disparity” between “Black” and “Asian”Students and “White” Students may not actually “constitute a fresh blow to the profession’s reputation for inclusion”. For that inference to be properly drawn we would have to know whether the LPC “providers” were requiring the same levels of prior academic achievement from prospective students from each of these respective racial groups.

Anecdotally it would appear that the providers are actually not requiring the same level of academic achievement from each of the racial groups. Instead the providers appear to be offering course places at least partly on the basis of politically correct “positive discrimination”.

In other reports it also appears that “Asian” were 22% and “Black” were 9% of the total candidates. This is well over the percentage of these racial groups compared with their percentages of the population as per the 2011 Census. These percentages mean that even given their lower pass rates more Asian and Black candidates are becoming solicitors than these racial groups proportion of the population of England. It is actually English candidates who are underrepresented (so much for “White Privilege”?).

This supports the idea that “positive discrimination” is occurring which confirms that the “providers” are probably giving places to “Asian” and “Black” students who have not previously done as well academically as the “White” students. It may therefore be the reported results are hardly surprising. Law exams are testing knowledge of what is objectivity true. Hence, it was always improbable that racial discrimination came into the picture.

The disturbing implication of Mr Walters’ article is that he may be implying the academic standards for the LPC should be lowered. If this is his intention then the impact on the basic purpose of open examinations and of Professional regulation (which is to create a profession able to maintain and guarantee high professional standards of service to the public) would be sacrificed on the altar of politically correct “diversity” targets!

Solicitor& Chairman of the English Democrats

What do you think?

England needs you to Donate now.

HELP!! We can’t do this alone! England needs you.