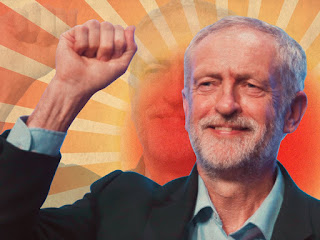 DOES CORBYN’S LABOUR HAVE ANY “MOMENTUM” IN ENGLAND?

It seems highly probable that Jeremy Corbyn will be re-elected as Leader of Labour and then he and his “Momentum” group will set about the same task as Lenin applied himself to in reconfiguring the Russian Communists.

Momentum want to turn the Labour Party into a hard-Left party in which the Bolsheviks squeeze out the Mensheviks. Whether the de-selected Menshevik Blairite MPs will thereafter go on to form a new party or join the Liberal Democrats we cannot be sure at present.

(Owen Smith is a leading light in the “Taffocracy” and someone who wants reruns of the EU referendum until the Demos gives in and votes Remain. Smith also wants England broken up into EU”Regions” and is an open enemy of the English Nation.)

So what does seem clear is that there really is no future in Labour for anyone who takes a pride in England or in being English.

Since those whom Labour has in recent times called the “white working class” are very likely to also call themselves “English” that will amount, in historical terms, to a decision by Labour to cease to be a serious contender for Government (at least through democratic means!).

Instead the “Momentum Labour” will no doubt seek to use their dominant position to infiltrate all aspects of our society, seeking to be the catalyst for socialist revolutionary change, however much such a change may be against the wishes of the majority of our country.

For my part I wish them nothing but ill in that endeavour, but by doing so Labour will have given up any serious attempt to lead the English, just has Labour has already lost any serious claim to lead the Scots!