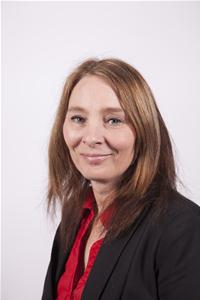 This is our press release following our successful day of action in Batley on Saturday during which we were attacked by the Labour Councillor for Batley East, who bizarrely admitted on camera that she supported Corbyn’s anti-Semitic policy – Repeatedly!

Here is our press release:-

On Saturday the 8th October the English Democrats had a stall with banners and leaflets and a public address system set up in the Market Place, Batley. We were getting a good reception from the public and were being filmed by TV reporters for Channel 4 when we were attacked by Councillor Amanda Stubley of Batley East Ward, Kirklees Metropolitan Borough Council.

The Councillor used threatening, abusive and insulting language against the English Democrats, telling us that we are “racists” for campaigning for England and to Leave the EU. She said we should get out of her town and that as a Labour Councillor she was entitled to her seat in the Council for life. She proceeded to try to break up our stall and pop our balloons. Ms Stubley was hysterical with rage that the English Democrats would dare to challenge her entitlement and Labour’s ownership of Batley.

Robin Tilbrook, the Chairman of the English Democrats said:- “I have made a statement to the police and pressed charges. We will now have to wait and see if the Crown Prosecution Service charge Councillor Stubley with offences. I would expect these to be under the Public Order Act, Electoral offences, criminal damage and Breach of the Peace. It is always amazing to see how much Labour apparatchiks think that they own politics in Labour One Party State areas like Kirklees, even though the Berlin Wall came down decades ago now!”

Robin continued:- “I have confirmed to the police that I will attend court to give evidence in any prosecution brought against Councillor Stubley. Labour activists need to be taught that they cannot act in such a disgraceful and aggressive manner without facing justice.”

I might add that Ms Stubley also went off at one point to go into a nearby shop saying that she was going to call “12 taxis” to get us driven off. Shortly afterwards there arrived various taxis driven by what looked like aggressive muslim/pakistani men – shades of Labour in Rotherham?