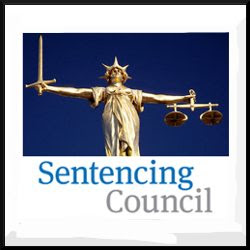 SENTENCING COUNCIL WANTS TOUGHER SENTENCES AGAINST OPPONENTS OF POLITICAL CORRECTNESS
I recently spotted that the anonymous Establishment entity calling themselves the “Sentencing Council” was proposing to dramatically increase the sentencing for those who infringe against the British State’s clamp down on free speech.  Here is the English Democrats’ submission on this matter:-
Dear Sir
The English Democrats submission to your consultation is firstly to observe that your Sentencing Council document fails to disclose details of the participating membership of the Council or their relevant interests, such as religion, ethnicity, national identity, racial group, sexuality, etc.  This cannot be right if there is be any transparency or openness in your “consultation”.  You also do not make clear how the members of the Council were appointed and whether there is any transparency in the appointments system.  Again this is another inappropriate lacuna in your document.
Your consultation starts off with a series of dubious and unsupported assertions about the growth of “Hate Crime”.  So far as we are aware there are in fact no objective figures for the extent of the actual commission of “Hate Crimes”.  Instead what you report is merely the produce of encouraging the reporting of “Hate Crime” and recording all such reports however bogus they may actually be.
What is however known is that the politicisation of policing by the British Political Establishment continues apace in England, which of course is the only part of the “United Kingdom”, which instead of being self-governing, is directly ruled by the British Government.  This establishment is self-interestedly seeking to clamp down on the rising sense of English National Identity.  The results of the 2011 Census showed that 60.4% of the people of England regard their National Identity as “English only” and not “British”.  This was an unwelcome development for the British Political Establishment which has been increasingly directing police resources to clamp down on English free speech.  This is in sharp distinction to the traditional English liberty whose traditional attitude can be encapsulated in playground expression “sticks and stones may break my bones but words can never hurt me!”
The already somewhat un-English and authoritarian legal restrictions on free speech are rendered not only logically incoherent but also nakedly political by the Aggravated Offence Provisions.
In the circumstances, whilst we have nothing to say about the more serious offences involving violence or the threat of violence, we strongly object to your unaccountable body seeking to impose stiffer sentences on those whose exercise of free speech is only treated as a crime if what is said offends Left/Liberal Internationalist/Globalist anti-nationalist/multi-culturalist, anti-English, politically correct opinion.  Conversely when patriots and nationalists are viciously smeared we are told that this must be accepted as legitimate expressions of Free Speech.  The lack of balance and equivalence between these approaches demonstrates that you are seeking to do nothing more than to further politicise the criminal justice system in support of the British Political Establishment rather than on the basis of rationality or dispassionate objectivity.
Yours sincerely
(Here is a link to the entire document >>>  https://www.sentencingcouncil.org.uk/wp-content/uploads/6.4328_Public_Order_Offences_Guideleines_Consultation_web.pdf
https://www.sentencingcouncil.org.uk/wp-content/uploads/6.4328_Public_Order_Offences_Guideleines_Consultation_web.pdf
What do you think?  Do put in your own submissions because the more people that object the more likely the Establishment is to drop the idea!  Here is their email address to complain to:- info@SentencingCouncil.gov.uk