Tweet
The EU is the biggest culprit in the refugee crisis in Europe, and you can’t leave it to Greece alone to deal with it, Stephen Morris from the English Democrats party says. Why aren’t NATO and the EU doing anything, he asks.

Around 47,000 asylum-seekers have found themselves unable to leave Greece due to closed-border policies and the EU-Turkey accord on refugees. More than 2,000 unaccompanied minors are waiting to be placed in shelters, leaving many in a vulnerable situation.

Greece claims it is stretched five times beyond capacity, resulting in processing delays. Some of those left behind, including many teenage refugees, have turned to crime to make ends meet.

RT discussed the situation with asylum-seekers in Greece with Stephen Morris from the English Democrats party. 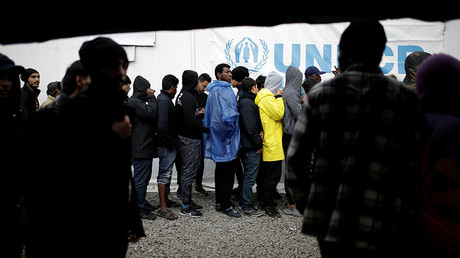 RT: Some migrant children are resorting to prostitution and drug dealing. How have things got this bad?

Stephen Morris: For me it has got this bad because of the complete failure of the EU and of NATO to actually act with the problems in Syria. What we’ve seen is just a complete breakdown of any kind of authority in the area. And NATO with the EU should have taken action. We should have had buffer zones set up, we should have had safe zones set up with the power of NATO and the EU. But nothing happened. We just allowed it to escalate and escalate. And it is getting even worse now… So, where previously we could use Turkey as a NATO member as a buffer zone and get them involved as a part of NATO, now they have decided to involve themselves… and invade Syria. So, now it is pushing it even further into Europe, into Greece. But where is NATO? Where is the EU? Why aren’t they doing anything? And this is a consistent problem with them. They are completely inept in anything to do with the security of the EU nations.

RT: The EU and Greece in particular says it has been doing all it can. What more can be done, given the situation we’re in now? Are they actually doing all they can?

SM: No, they are not. Because where do they go to? …we need safe havens where these people clearly know where to go, clearly can get help, clearly get assistance, and that is not the case. They don’t know where to go. What you find is, these gangs, drug gangs, sex-trafficking gangs then prey on them. They only prey on them because they see them wandering the streets trying to scrape by, trying to keep alive, trying to get food. And yet why aren’t we hearing about these safe havens where they can go to. Why aren’t the authorities on the borders checking it? The issue with Greece is that people come across the Mediterranean… But they are just not doing anything to highlight this. 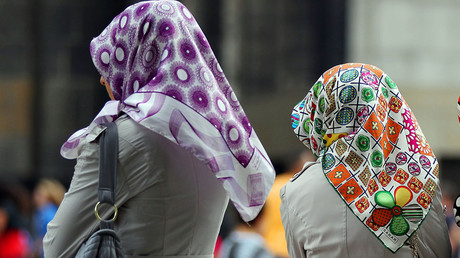 RT: Should Greece get more help from the rest of Europe?

SM: Yes, the EU should be doing something. You can’t just leave it to Greece to deal with it, because what people will do, this bottleneck, people will go pass that bottleneck and they’ll spread further into Europe, and it doesn’t solve the actual problem, and then start to create bottlenecks further into Europe. What you need to do is, let the EU deal with it. Take it away from Greece as a personal issue for Greece and let’s say, “right, let’s put EU, NATO troops and everything on the borders, let’s put up safe havens, let’s get massive processing camps done” …so, everybody knows where to go, where the aid services need to go, and concentrate on these border regions. But nobody knows anything. Nobody knows what aid is being done. It’s all a mishmash of everything, different organizations trying to do different things, and for me the EU is the biggest culprit here, because these are EU countries, and the EU has clearly shown that it cannot deal with the problem. Merkel said everybody’s welcome, but how do they deal with it?