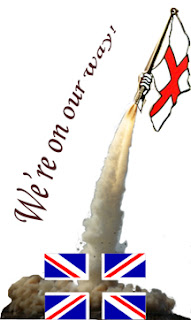 Although the “Mainstream Media” (AKA “Legacy Media”) newspapers and broadcasters, such as in the article below by Alan Cochrane, focus on the risk to the Union (of the UK) from Northern Ireland and Scotland, it may well be that the more important longer term “threat” to the Union will be from England and from English Nationalists.  As William Hague when he was the Leader of the “Conservative” Party said:-  “English nationalism is the worst of all nationalisms” for the future of the Union!
The constitutional position about Theresa May’s agreement, if she manages to get it through Parliament and ratified by all the relevant parts of the EU will be interesting, because, if that happens, with the majority Leave vote in England, of well over 15 million English people voting for Leave, can then only be satisfied by the dissolution of the United Kingdom!
From a legal and constitutionalist point of view this works because the dissolution of the UK as the contracting state means that the deal is dissolved too.  This was threatened against the Scottish Nationalists, in the run up to the Scottish Independence Referendum, when the then Commissioner Barosso pointed out that, if Scotland left the United Kingdom then (because the United Kingdom would be dissolved), Scotland would be a new State and therefore not an ‘Accession’ state and so not part of the EU.
The EU is composed of “Member States”.  If a Member State is dissolved and ceases to exist, then the arrangements with the EU also cease to exist.  The EU is not a territorial entity, nor an entity of individual people, nor of peoples, it is an entity only of accession Member States.  This means that the general legal principles on dissolution or death of a participating entity in an agreement apply.  Generally that means that the agreement itself ceases to exist as well as the dissolved entity upon its dissolution (or death).
I explained this in my Blog article quite a few years ago.  Here is a link to that article >>> https://robintilbrook.blogspot.com/2012/12/england-to-be-free-of-eu-in-2014.html
The article below by Alan Cochrane is also interesting but is of course yet again looking at the Union from the Scottish perspective rather than from the point of view of English nationalists.
In short I think Theresa May’s proposed deal may actually fill the sails of English nationalists and of English nationalism because our way of thinking will then be the only practical way of coming out of the EU.
What do you think?  Here is Alan Cochrane’s article :-

With the Conservative Party tearing itself and the government of Theresa May asunder last night, one of its hitherto more successful parts appeared to be also heading for the intensive care ward.
In a bitter, and unprecedented Cabinet-level war, the Scottish Conservative and Unionist Party accused resigning Brexiteer ministers of threatening to wreck the United Kingdom. In one of the most outspoken attacks one senior minister has ever launched against colleagues, former or otherwise, David Mundell, the Scottish Secretary, described Dominic Raab and Esther McVey as “carpetbaggers”.
Just for good measure, he claimed that Mr Raab’s departure was more about a future leadership bid than the Brexit deal.
In their resignation letters, the former Brexit and Work and Pensions Secretaries had both cited the threat to the Union posed by the fact that special provisions were proposed for Northern Ireland in Mrs May’s withdrawal deal.
And there is little doubt that this escalation in insults reflected the fact that the Northern Ireland aspect of the deal has put immediate and intense pressure on Mr Mundell and, also to a lesser extent, Ruth Davidson, the Scottish Tory leader.
Their partnership has been largely responsible for the revival of the Conservatives north of the border – leaping from one MP to 13 at the last general election and forming the official opposition to the SNP at the Scottish Parliament.
However, significantly, at least in terms of their current embarrassment, both signed an open letter to the Prime Minister last month in which they threatened to resign if there was a “differentiated deal” agreed for Northern Ireland. And, no matter how you cut it, that is precisely what is contained in the deal Mrs May put to her Cabinet on Wednesday.
I have a great deal of sympathy with the view expressed in Scottish Tory circles that Mr Raab and Ms McVey used the threat to the Union as “cover” for their resignations. And I can also understand Mr Mundell’s intense irritation that many of the most ardent Brexiteers care little for the maintenance of the Union of England, Scotland, Wales and Northern Ireland. Indeed, I can’t remember any of them making an appearance during the Scottish independence referendum campaign four years ago.
That’s neither here nor there now, however. No amount of name-calling and foot stamping will alter the plain fact that, by including a distinctive feature for Northern Ireland after Brexit in the deal, the Prime Minister has done two things: she’s delivered a major boost to the SNP, whose sole aim is the break-up of Britain, and she’s ignored the warnings she received from Mr Mundell and Ms Davidson.
In one of the great ironies of the situation, the nationalists claim that Scotland should be given a different deal from the rest of the UK but haven’t got it, whereas Northern Ireland is getting one but its majority party doesn’t want it. And yesterday First Minister Nicola Sturgeon claimed that Ulster’s special treatment would give it an unfair trading advantage over Scotland.
There is a hope within Scottish Conservative circles that Mrs May might yet be able to retrieve the situation by clarifying and playing down the differences in the deal for Northern Ireland. But given the furious reaction from DUP MPs yesterday, she has a mountain to climb in that direction.
Nevertheless, the Scottish Tories’ main problem is that threatening letter sent to the PM and signed by Mr Mundell and Ms Davidson. It was seen at the time, by some observers, as a silly piece of grandstanding and it has now come back to bite them – hard.
Ms Davidson is on maternity leave and, last night Mr Mundell said he was staying put, insisting that he would fight on for the maintenance of the UK, adding: “That’s what I’m focused on, not being the heart of some soap opera of resignations and I’m not going to be bounced into resigning by carpetbaggers.”
Notwithstanding his determination to fight on and his angry words about his now former colleagues, I’m sure that he wishes he hadn’t signed that letter. It’s boxed him in, good and proper.